I joined the Conservative Party in 1989 via the East Yorkshire Association on returning to East Yorkshire with my wife to run a local business through family circumstances. Having dealt closely with the print worker trade unions in a previous business life during the time of the Miners strikes and seeing the devastation that could be caused by the Unions, I had wanted to support a Party that encouraged business large and small and allowed individuals the freedom and opportunity to make something of their lives through their own efforts, whilst supporting the vulnerable. I was and still am a believer that giving the opportunity of a job, a home and personal support to everyone was and is the duty of a political party. I still believe that, despite all the ups and downs over recent years, the Conservative party remains the only party, through it’s grass root supporters, to maintain those principles with the experience and expertise of it’s members.

Over the subsequent years I was persuaded to ‘take office’ within the association, and have had the pleasure of fulfilling the role of a branch chairman in two branches as well as the posts of Deputy Chairman Political,  Membership, and ultimately Chairman of the Association, living through the transition from one Member of Parliament to our current MP.

It is a great honour to be acting as the Association president in what are strange and ever changing times.

I do believe that the strength of the party will always be in the diversity of it’s members and the acceptance of a range of views of those members.

In uncertain times, no other party can pull the nation together nationally and locally.

I have been a Councillor on East Riding of Yorkshire Council since 1999, and had the pleasure of being the Deputy Leader for a period of 18 years until 2020.

Having represented both Driffield and Rural, and East Wolds and Coastal wards, I have had the experience of both the Market Town as well as very rural and coastal issues that affect the lives of our residents.

I am proud to have been part of an East Riding Council that has been consistently held in high esteem nationally for it’s prudent use of finances and the delivery of first class services to its residents.

It has always worked cross the political divide to ensure the best for it’s residents first, representing their needs and aspirations to consecutive governments of all political colours with success.

Being elected primarily to represent the residents of our Ward, I, and my dedicated ward colleagues, have always put the needs of our residents first, acting as the interface between them and the sometimes daunting ‘Council’ and acting as advocate for them, irrespective of politics, to help them with any issues they have.

Being open and honest and not promising the impossible, whilst challenging the status quo, has been a successful approach.

In hugely difficult times, with many facing an uncertain future, it is our duty as local councillors to ensure that all our residents receive fair and equitable services whilst ensuring support is there at all times for the vulnerable and needy. Never has it been more important to do all we can to encourage and support our businesses to maintain the economy into the future.

It is and always been a huge privilege to represent our residents and will always continue to be so. 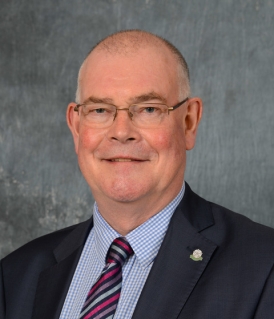