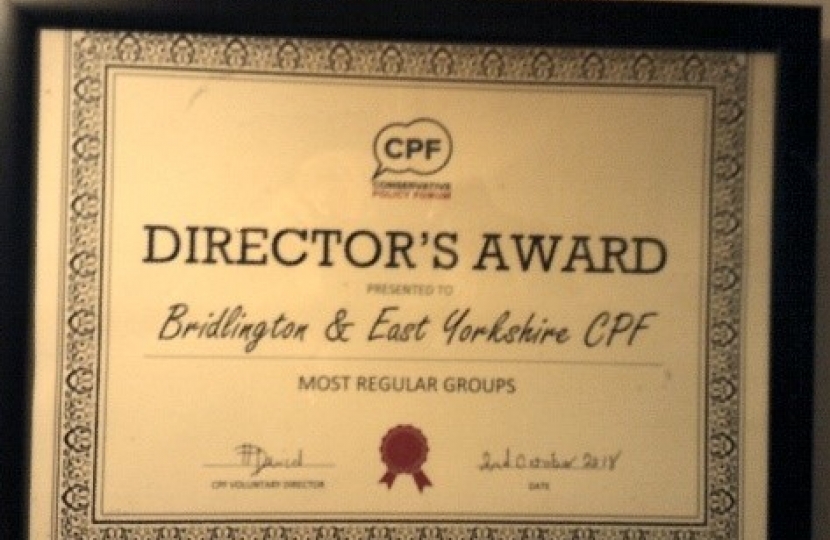 Currently our local CPF group meets between four and six times a year, depending on the number of policy briefs produced by CPF Central, which we discuss and then we send in our reports to CCHQ where, together with reports from other CPF groups, they are turned into policy briefs for ministers and the central party.

It should be noted that around 60% of the policies that were in the 2019 General Election manifesto can be traced back to CPF policy ideas.

In 2020, our discussions have included the Queen’s Speech, Environment & Animal Welfare, Policing, Sustaining Democracy and Infrastructure, Investment & Devolution. Future topics for discussion in 2021 include The Union & the Constitution and the Justice System.

Our meetings are held in Bridlington but if we could find more regular attendees then we could also hold a second meeting in another part of our large constituency to widen our membership.

CPF is a key part of our Conservative & Unionist Party as it enables our party to be aware of ideas of members that can help us produce policies that are beneficial to our local communities and have support from those communities thus enabling our political party to govern wisely.

Following the CPF's consultation in early 2020 on the Environment & Animal Welfare, representatives from fourteen CPF groups from right across the UK, including our Bridlington & East Yorkshire group, attended a two-hour roundtable meeting via Zoom with the Secretary of State for Environment, Food & Rural Affairs, George Eustice MP. A photograph of those attending, including our own co-ordinator – J Peter Wilson – is shown below. The wide-ranging and often detailed discussion covered the full gamut of issues, including soil protection, food security and self-reliance, genetically modified crops, animal welfare, fishing, energy, rare earth materials, housing and the need for more education of young people regarding environmentalism. Several issues were raised for George Eustice MP to take away for further conversation with other ministers. 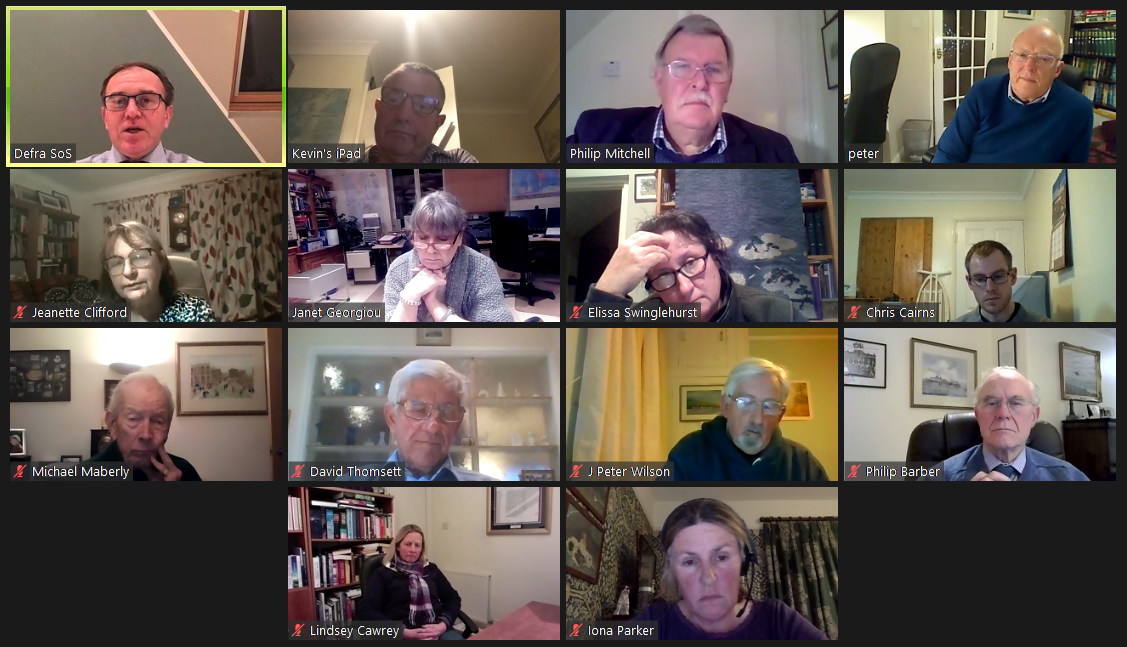 It is through our reports and such follow-up discussions with ministers that our local CPF helps contribute to Conservative Party Policy.

If you would like to participate in our discussions please contact our local CPF co-ordinator, who lives in Bridlington, J Peter Wilson, either by phone or email. His contact details are: