Mike has represented the Wolds Weighton Ward since 2015 and sees his role as a Ward councillor as his third career.

After leaving Pocklington School he chose not to follow in his father’s farming foot-steps and instead embarked on a 25-year career as a journalist, including spells as a news/business reporter on the Hull Daily Mail and 10 years with the Yorkshire Post, where he was Chief Reporter.

He also regularly contributed to many national titles, including The Times, the Financial Times and the Daily Telegraph and travelled extensively in Europe and the USA covering some major events and interviewing a fascinating range of individuals including a Presidential candidate, UK Ministers, members of the Royal family and even murder suspects.

His second career saw him own his own successful public relations business with offices in East, North and South Yorkshire and on the South Coast. He was a founder/director of several other similar companies and is a former director of Edelman Associates in London. He has represented scores of clients, small and large, including Coca Cola, Barclays, IBM and the Home Office.

As a Ward councillor, he works hard to bring better services to the town of Market Weighton and especially to our smaller communities, many of which are in his Wolds Weighton Ward, to make sure in his words “they are not forgotten”.

In addition to his Ward work he is now a member of the Cabinet with special responsibility for communications and housing strategy as well as working closely with other Portfolio Holders, and in 2020 was elected Deputy Leader.

Mike said: “With 28 parishes in Wolds Weighton, life is seldom boring and certainly never quiet, but I am also privileged to be Deputy Leader, working closely with the Leader, Cllr Richard Burton, to secure the best possible outcomes for our residents from the major issues of our time.”

In his younger days, Mike was well known for his love of sport, playing cricket and rugby union at representative levels and Captain of Golf at Beverley GC in 2004. He is a strong believer in the team ethic, a quality he brings to his work at County Hall. 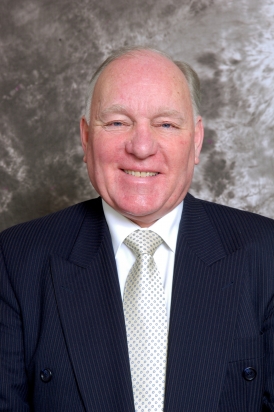