Honorary Treasurer for the Association

Having been born to a military family I lived overseas on and off from the age of three.  With a hobby in aero-modelling, developed at boarding school, a career in the RAF was always an option but I spent some years both in the Royal Engineers, and in light engineering in the private sector.

My career as a pilot began in 1965 on joining the RAF and included tours in the UK, Singapore and Hong Kong, on Army Support Helicopters, plus regular detachments to Northern Ireland and Belize and at total of 12 months in regular trips to the Falkland Islands after that War.

However, I had trained on Chipmunks and Jet Provosts, converting to helicopters on the Bell 47 (as used in the M.A.S.H. series) and the Whirlwind 10.  I’ve also flown the Whirlwind, Wessex and Sea King on UK Search and Rescue and flew Dauphin helicopters (or Dolphin, as it was in the USA) in the early 90s on secondment to the US Coast Guard and more recently the Bell 412 Griffin in my time on the Training Unit at RAF Valley.

On returning from the States, in what I thought was my last decade in the RAF, we finally bought a home in Driffield, being fortunate to operate out of Leconfield for 9 years, and I commuted to RAF Valley for the last three years of my extended service.

During the last twenty five years my wife and I have held and organised numerous events at our home which we both enjoyed doing and which helped with fund raising efforts.

I have been the Driffield Branch Chairman for the local Conservative Association and am currently its Treasurer.

Additionally I was Events Member for the EYCCA for three years and am currently Honorary Treasurer for the Association. 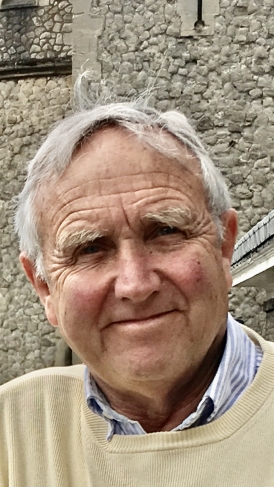