Charlie is the Deputy Chairman responsible for organising events and fundraising across the East Yorkshire constituency. He lives near Driffield with his wife and two children and is a senior policy adviser to the National Pig Association.

Charlie grew up in the local area before moving to London after university to pursue a career in sport and communications. He has previously worked with Hull City, London 2012 and England Rugby and has advised a diverse range of businesses and charities including Bacardi-Martini and the Royal British Legion. Charlie moved back to East Yorkshire in 2017 to take on a senior organising role with the 2019 UCI Road Cycling World Championships and has since returned to his local farming roots, as an adviser to the British pig industry. He also founded and runs a charitable consultancy which advises local businesses impacted during the coronavirus pandemic.

During his time living in London, Charlie spent eight years as a Councillor in Hammersmith & Fulham, where his portfolios included Policing and Residents’ Services. He has been involved with the Conservative Party for more than 15 years in various voluntary and campaigning roles. Away from work and politics, he enjoys watching Yorkshire play cricket and travelling to some of the less visited parts of the world. 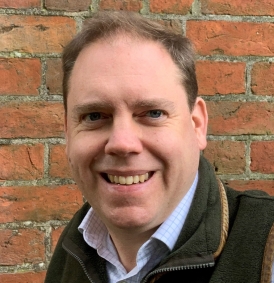