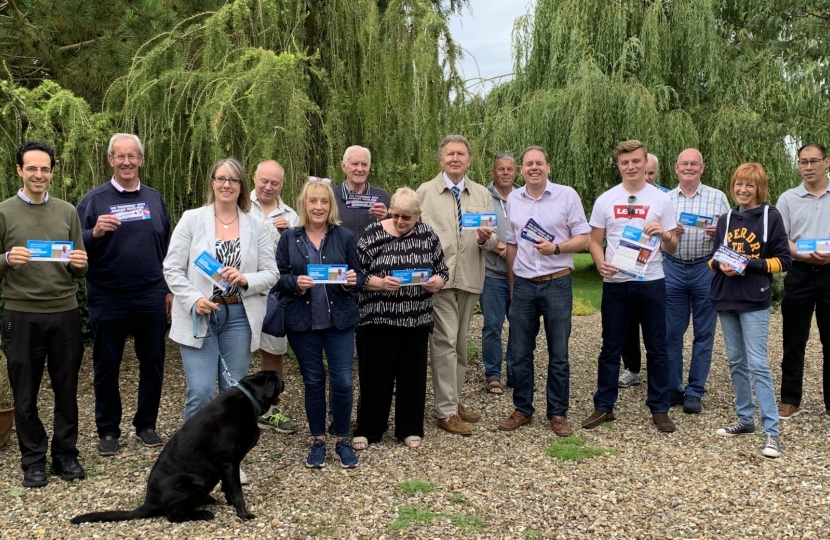 East Yorkshire Conservatives have been hitting the campaign trail in support of council candidate Charlie Dewhirst.

Charlie is standing as the Conservative candidate in the East Wolds and Coastal Ward by-election; to fill the vacant seat on the East Riding of Yorkshire Council, caused by the sad death of Councillor Paul Lisseter earlier this year.

Council Leader, Councillor Jonathan Owen, local MP Sir Greg Knight, and councillors from across the county were joined by supporters for a by-election action day across the ward.

Turnout was fantastic, allowing for the majority of the ward to be leafleted in just one day! We would like to thank all those who came out to help on the day. If anyone else would like to get involved, please do not hesitate to get in touch!