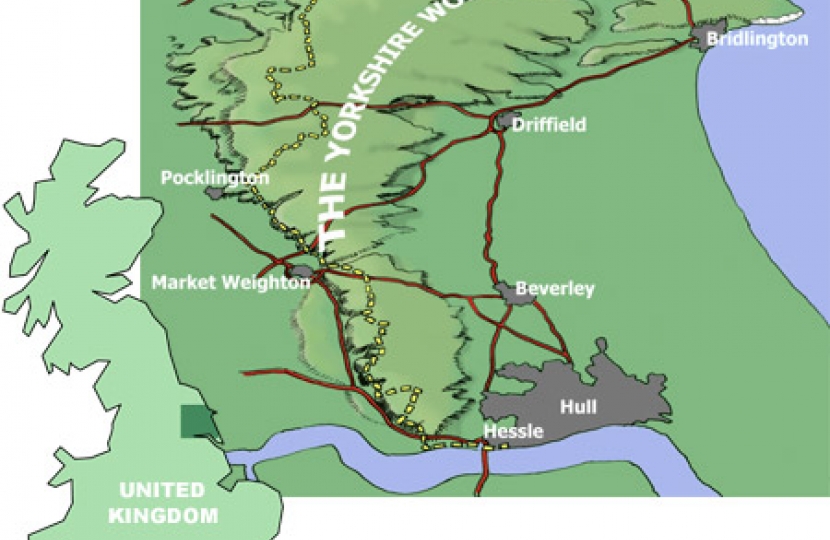 Three ERYC Councillors who have been leading the charge on pushing for Area of Outstanding Natural Beauty status for the Yorkshire Wolds are delighted at the Government’s announcement today (24th June 2021) that Natural England has accepted the proposal.

Councillors Chad Chadwick (Bridlington North), Leo Hammond (Wolds Weighton) and Mike Stathers (Wolds Weighton) have been taking the lead along with other organisations, such as the Flambourgh Residents Association, in supporting ERYC Officers in their bid to secure the prestigious status for the Wolds.

Cllr Hammond said ‘this is fantastic news! The Wolds are a key part of our natural and cultural heritage in East Yorkshire, and it is absolutely vital we protect them for future generations. AONB status will massively help to do that by protecting this precious area from both the wrong type and overdevelopment.’

‘It is now important for local residents to rally round and support this initiative, so that we can pass the consultation stage and fully secure AONB status. Knowing how proud my residents in Wolds Weighton are of our home, I am confident this will happen and the Wolds will become England’s 35th ANOB’.

The announcement comes as part of the Government’s aim to increase the number of AONBs and National Parks across the U.K. as part of its twenty-five year environmental plan. Since their creations in 1949, there have only been 46 AONBs created U.K. wide, 34 in England, 8 in Northern Ireland and 5 in Wales.

Cllr Mike Stathers said: "The Wolds have always been a hidden gem of UK tourism and this news will certainly help to promote the area to a much wider audience as a true holiday destination. The world of travel has changed due to the pandemic with more people choosing staycations over foreign trips and we know many small Wolds-based holiday businesses are geared up for what we hope will be a boom period.

"Walkers, cyclists, day-trippers and family groups will find lots to do here and all the while this will bring more revenue to the local economy, helping to protect the numerous small businesses in this sector and encouraging more diversification among existing operators and perhaps even the farming community".

Now that Natural England have accepted the proposal for AONB status for the Wolds, the lead local authority must carry out a thorough process of assessment of the areas unique characteristics and features. It must then create a draft management plan of how it will maintain and protect these characteristics. All AONBs have management plans and they all must be specialised to the individual areas. Once the draft management plan for the AONB has been created, a period of public consultation must follow to ensure the local population is in support of the scheme.

Cllr Chadwick said ‘I sincerely hope,that given the AONB status, the Area will benefit both Residents and Tourists, who travel to the area, because of the natural beauty  and attractions. It has been many years, and a great deal of work to get to this stage, and hopefully, it will receive the support in the consultation process, that it so richly deserves.’

Once the process of assessment and consultation is over, and there are no stro g objection to the proposal Area of Outstanding Natural Beauty Status will be granted for the Yorkshire Wolds.